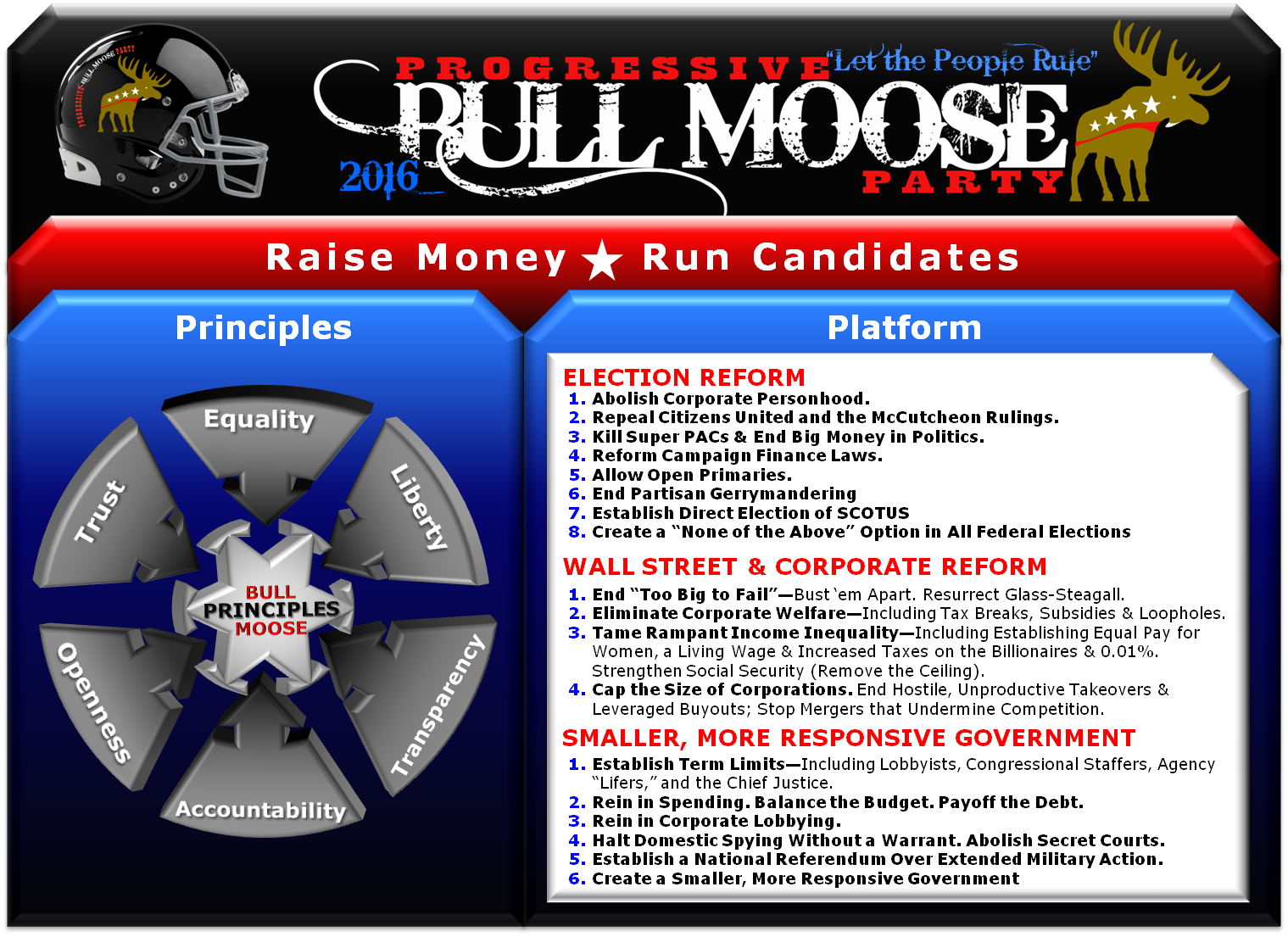 This is a draft of the Progressive Bull Moose Party Principles and Platform. If we can achieve even one third of these ideas it will go a LONG sea mile toward giving power back to the American people. If anything on here stands out to you as being particularly important or something you disagree with, please say so. (Please join the conversation: https://www.facebook.com/BullMooseProgressiveParty)

2 thoughts on “Platform and Principles”