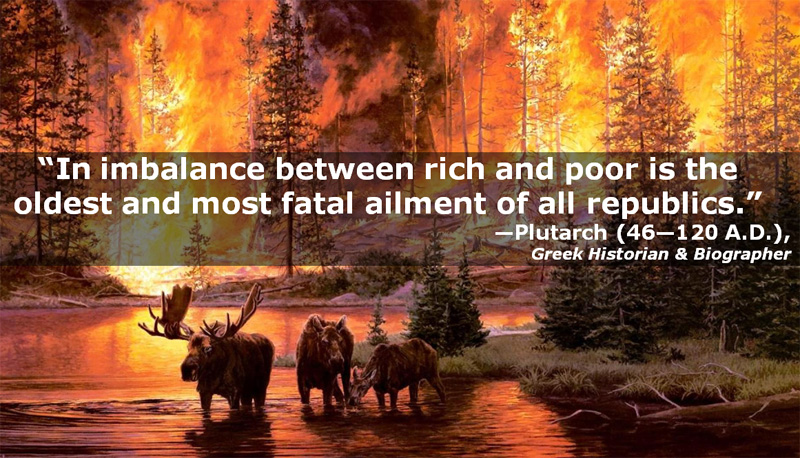 Let’s be honest: America is already a raging plutocracy. The will of the middle class and working poor means absolutely nothing in America today. Political science studies have already proven that the middle class has ZERO influence on policy outcomes in the federal government. And unless we act NOW, it will only get worse.

How did this happen? It happened because we stopped staying informed. We let ourselves get distracted and manipulated by the mainstream, corporate-controlled, media. Maybe a few of us just got lazy, but the vast majority of us just don’t have the time because we’re too busy paying the bills. I don’t know how many more people like me or groups like ours (Progressive Bull Moose Party) will try to rise up and sound the alarm, but I do know this: The longer we fail to stand up and fight back, the more narrow and dangerous the path back to freedom and democracy becomes. Today we can sacrifice a few dollars and a few minutes of our time supporting movements like this, but if we wait until tomorrow or next week or next year, the sacrifices required will be much more severe. Those who think I exaggerate, are forgetting history. It CAN happen here!

Stand with the Progressive Bull Moose Party and help us return power to the American people by making a $3 contribution to our campaign today, and send a powerful message that you are no longer willing to stand by while the ruling elites silence the voice of the American people and run our country and its economy into the ground.